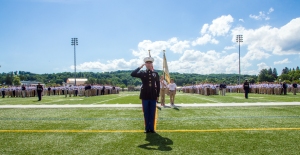 As the picture above shows, the young men line up in formation for graduation ceremonies at the end of the week. 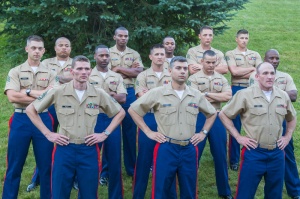 The contingent of U.S. Marines at the 2014 Boys State.