Nationalist and Federalist Parties Continue Voting For Their State Nominees

Session 2 is the continuation of Session 1 from the previous night to determine who will run for the Nationalist Party against the Federalist Party and ultimately determine who the state representatives will be for Boy’s State. 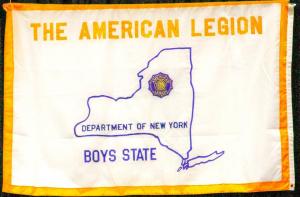 0247), Quamel Anderson (1025), and Campbell Anderson (0799). The second election was for the position of State Comproller. The winner of this position was Kevin Ge (0511). Session 2 saw the start of the election for Attorney General and went 1 round before entering a Court Recess and will be continued in Session 3 of the Nationalist Party election.

With less funny business and more time to get elections done in the Second Party Convention, the Federalists voted in the Party Clerk nomination as Noan Naiman(0112). Then began the nominations for judges, which the voting concluded for the judges in the beginning phase of Session III.